Watch Paul Lightoller’s testimonial to discover why the Hustler’s Katipo 1150 mounted boom sprayer is doing a great job on his farm! “All the Hustler gear which we have used previously has been great, the Katipo is no different.”

The Katipo 1150 is the largest mounted boom sprayer of our range, equipped with a fully hydraulic 10 or 12 metre SonicBoom and a 110L/min rear mounted Comet pump. As a result, you can cover up to 7.7 Ha with each tank load!

<h3“With the Katipo sprayer being 1150 litres, it allows us to fill up once and then having to cover a large area before having to refill.” The Katipo 1150 comes standard with the 100L Flush Tank, it also prevents chemical wastage as it has no flat surfaces where the chemical can settle and the easy pull dump valve which can be released from the top of the tank allows for complete drainage.

“I noticed with the Katipo – something that I hadn’t seen on other sprayers – is the drain at the very bottom of the tank which allows for complete drainage of your chemicals after use.” Compact and built to last, the Katipo 1150 has the biggest chassis section in its class! Its straight-through galvanised steel chassis design is stronger with a direct connection to the boom so it doesn’t fatigue and flex around the tank.

“I can see it lasting well into the future!”

Designed for ease and comfort of use, the Katipo 1150 is loaded with handy features. The built-in toolbox is quick and easy to open and has plenty of space for spare nozzles, filters and is also convenient for storing controllers when the sprayer is not in use. The 18 litre hand wash tank also comes standard on the Katipo range.

“I would recommend the Katipo sprayer to anyone. It has done a very good job so far for us and I am very happy that we purchased one.”

Check out Paul’s testimonial video to find out more! 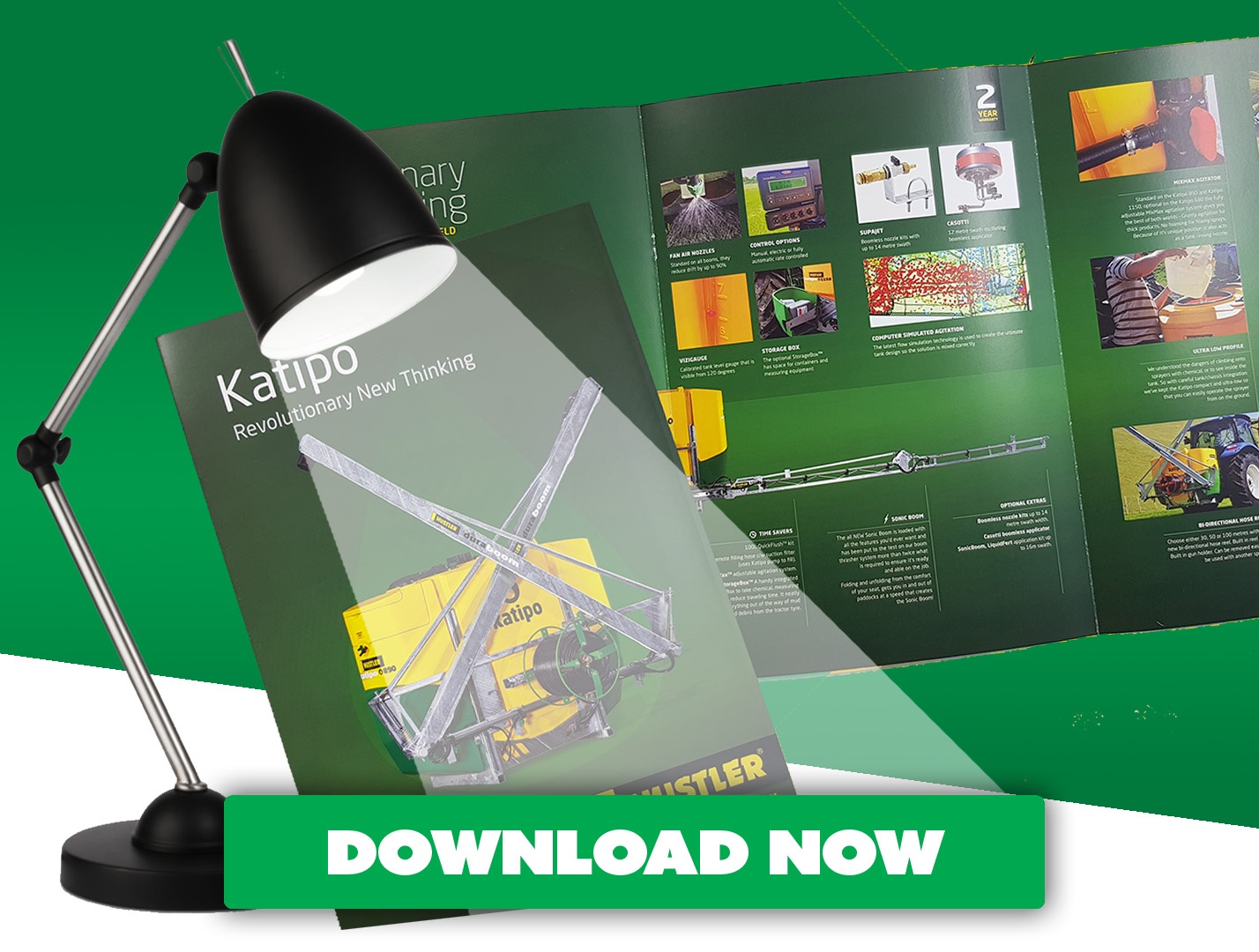