With a full-time job in the city, Paul Menzies needed an option that would allow him to get his cattle fed quickly and efficiently at the end of each working day. The Hustler SL300X provided the perfect solution.

Paul and Michelle Menzies are just starting out in farming, having bought their 64ha property in Neerim, in Victoria’s West Gippsland just 12 months ago. They have 56 Angus cows with calves at foot and intend to grow their herd to 80 breeders over the next couple of years.

“This is our first farm,” Paul says. “We’ve been looking to buy a farm for many years now. We purchased it 12 months ago and are just getting set up.” The average annual rainfall is the region is 1100mm a year, however like much of eastern Australia the area has recently experienced lower-than-average rainfall.

Paul says, “We had a very dry autumn. We missed out on the autumn growth, so we’ve been feeding cattle here since February of this year.”

Paul and Michelle feed out two bales of silage a day. “We’ve already fed 300 bales of silage this year and about 60 bales of hay. In an average year when we’re fully stocked, we’re intending to feed out around 400-500 bales a year,” Paul says.

Paul still works in Melbourne during the week and travels home in the evening to feed and check the cattle. It was important for him when buying a bale feeder to find something that was reliable and could get the job done quickly. He asked around the district to find out what other producers were using. “When we were looking at buying a hay feeder, we looked at many different options: the trailer version, other types of three-point linkage machines, but the Hustler SL300X met our expectations and it is a much better built machine. It also came highly recommended from a number of farmers in the area, and by my cousin who farms down in Lakes Entrance.”

He also wanted to avoid the issue he saw with some bales feeders where the silage wrap gets caught up in the spikes.

“Some of the other brands of feeders had spikes on the chains that get the silage wrap caught on them. The Hustler has more of a star-shaped spike on it that doesn’t catch the plastic” Paul says.

Manoeuvrability was also a consideration. “Our property is fairly hilly so we needed something that we could just drop on the ground on the side of a hill, back up to it nice and easily and get it on really quickly, especially in the middle of the winter when it’s wet and cold.” Paul says the Hustler SL300X ticks all the boxes for a time-poor farmer like himself. While longer term his plan is to move to the property and farm full-time, for now he continues to juggle the farming with his full-time job in the city.

“The Hustler SL300X has saved me a lot of time and money. When I turn up at 7 o’clock at night, the cattle are hungry and need to be fed,” he says. “The last thing they need is someone mucking around that can’t feed them quickly.”

“The machine has been faultless since I bought it. It enables me to get two bales of hay and silage fed out in 10-15 minutes. Then I’m back home, next to the fire and having dinner each night. It’s fantastic.” 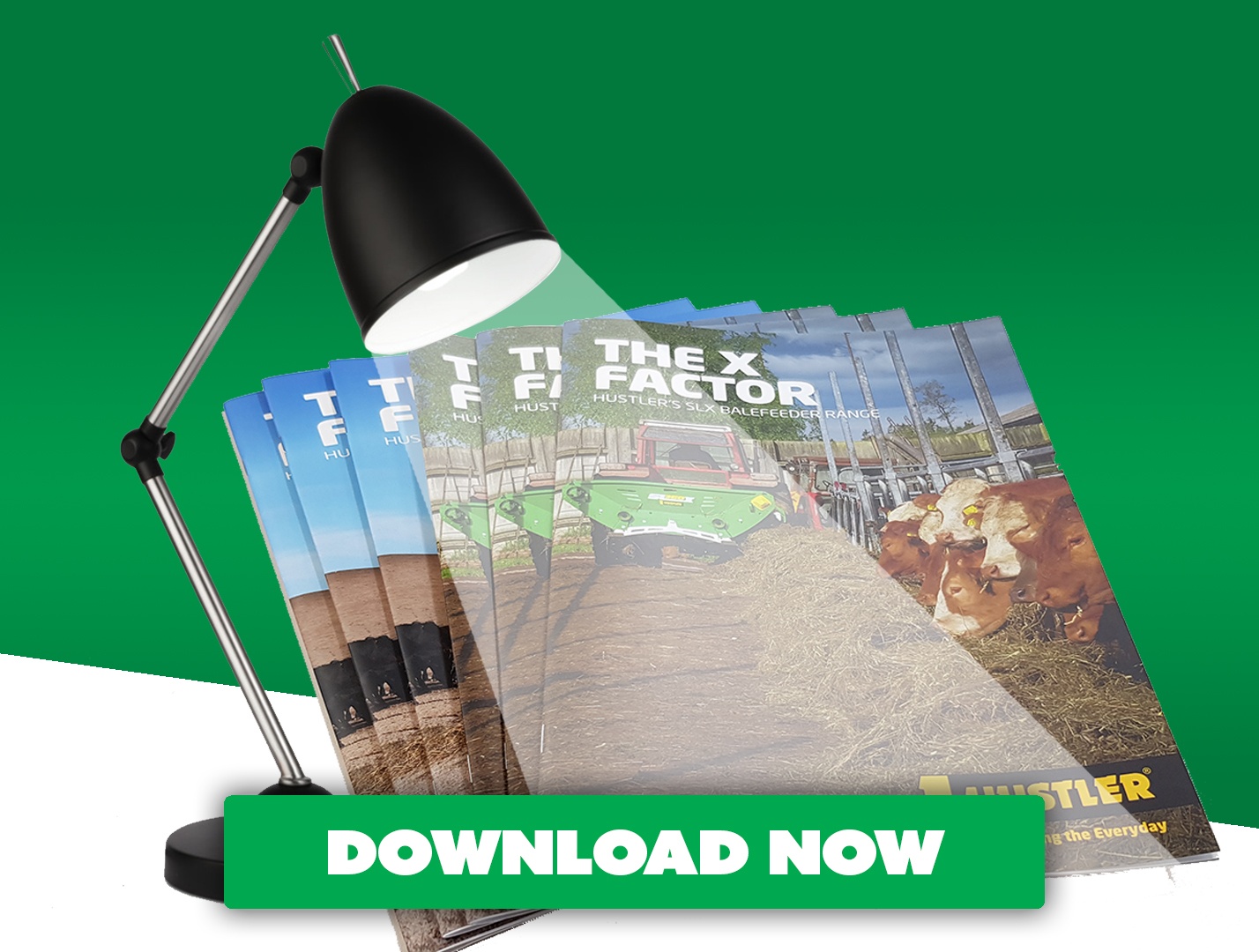