How to feed a bison? With a Hustler bale feeder!

The great YouTube channel Millennial Farmer paid a visit to Dakota Pure Bison, United States. Dakota Pure Bison is owned by the Heim and the Assman families and is the home of approximately 1,800 bisons and… two Hustler Trailed Chainless TX205 Bale Feeders.

Scott and Kayt Assman explain how they use their Hustler’s bale feeder on the ranch and why this particular machine fits bisons’ needs and behaviour.

The reason why Dakota Pure Bison decided to use a Hustler bale feeder can be summed up in one single question:

Why simply unroll a bale instead of processing it?

The answer is just as simple: the Hustler Chainless bale feeders allow the operator to spread out the hay on a thin windrow over a very long distance. Instead of processing the hay – which would inevitably damage these beautiful second-cutting grass and alfalfa bales that Scott Assman is feeding to his bisons, the Hustler Chainless bale feeder gently teases out the hay. The Hustler Way is ideal for bison, beef cattle and more generally free-range, grass-fed operations:

The bison grazing patterns in a wide-open range is a constant motion. The herd is constantly moving, resulting in intense hoof-traffic covering an area for a short time. Scott Assman explains that he likes encouraging his animals to mimic their natural behaviour and movement.

It’s also well-known that the gathering of animals in a small area to feed is a major cause of soil compaction and pasture damage.

Spreading out the hay on a thin windrow over a very long distance creates more opportunity for all cattle to feed, especially for the ones at the bottom of the pecking order. As Scott Assman explains in the video, “bisons are extremely social animals, with a specific pecking order, so we like to get it spread around, so the boss cows don’t beat up on the other cows and the calves “.

“We like to get the hay spread around, so the boss cows don’t beat up on the other cows and the calves”

At the same time the bisons or cattle eat, there is fertilisation happening through manure and urine. Spreading the hay out to avoid having all in one spot but scattered evenly throughout the area causes even fertilisation.

“Everywhere we want to increase organic matter, like here, this is a place where we used to feed beef animals and now we’re just grazing animals on it, I like to spread the hay on these spots just to increase that organic matter,” Scott Assman said.

“Everywhere we want to increase organic matter, I like to spread the hay on these spots”

Millennial Farmer, Zach Johnson, is a 5th generation family farmer from West Central Minnesota. Zach actively promotes agriculture by sharing his day-to-day experiences on the family farm. His vision is to build a connection between farmers and consumers. Zach’s mission is to become a national voice for agriculture, provide farmer to farmer education, and facilitate a collaborative conversation between farmers and the public.

Dakota Pure Bison offers premium locally raised bison meat, straight from their pasture to the consumer plate. Their mission is to make it easy for people everywhere to eat premium bison meat. They support local community and they care of their land practising regenerative agriculture. You can shop directly on their website here. 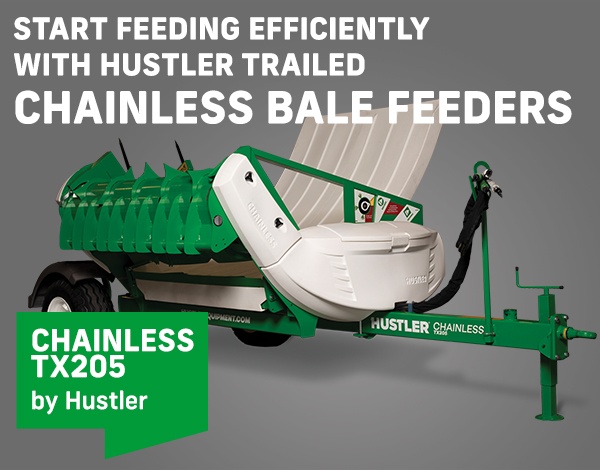