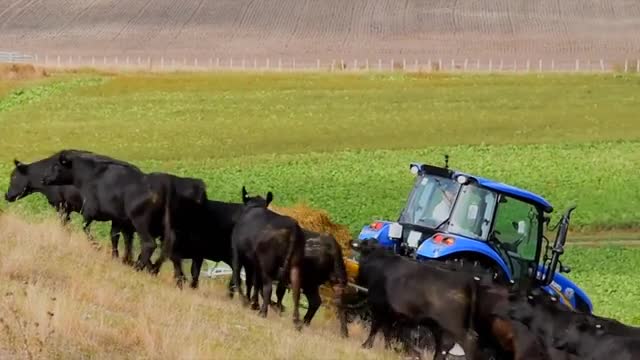 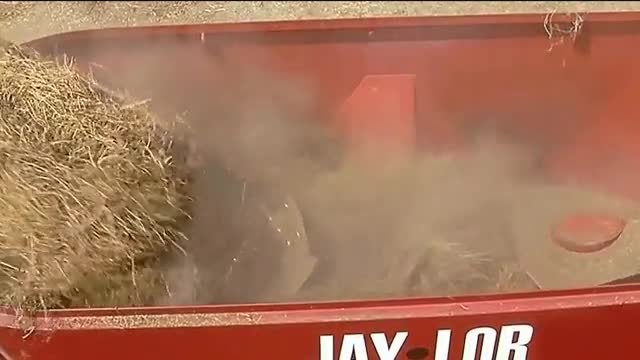 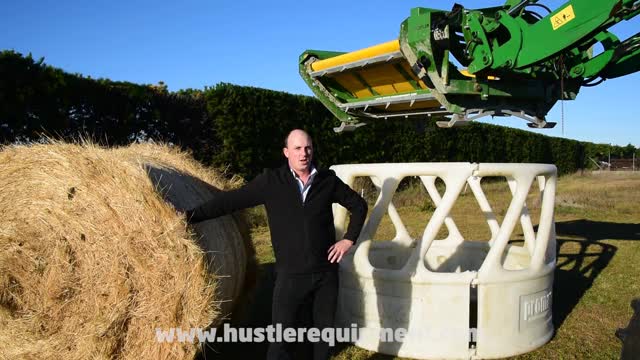 The Hustler SL360X balefeeder by a New Zealand company based out of the Hawke’s Bay is another fine example of quality New Zealand made product.

Feeding out round bales, unchopped silage it performed very well. A couple of key design features here which impressed me the most is an automatic locking and unlocking system, so there’s no need for ropes dangling out the back of the tractor. You’ve got high-tensile forks instead of larger ones which are uneven lengths so are easier to line up and with the cones, hitching and unhitching is very simple. You’ve got covered panels, there’s one on each end, which adds a lot of versatility to the machine. You can put fodder beet, maize silage, and other bits and bobs that you can also feed into your trough.

Another key feature here is the plastic, which has significantly reduced the drag over steel and stainless steel, which follows the shaft all the way around so you don’t get any silage wrapping around it. It’s 8% heavier, but it’s 30% stronger, so it’s able to take 1200kg bales, which as balers are becoming higher capacity, this is just keeping up with the times although still keeping the same size drive motor so it doesn’t require as much torque to turn the large wet heavy silage bales, so overall, top marks!

“Absolutely the best feeder i've ever used. Really easy to put on and off, safe on the hills, pretty close to the tractor and you don't lose any baleage while feeding out”