There’s a mountain of information about the ideal cut length of forages when making bales, however when it comes to feeding bales to cattle, information is limited. So we’ve identified some key factors to help you determine how much to process bales when feeding out..

One thing we should always remember is that hay/grass is the highest quality the day it was cut, and as like soil the more you cultivate the more fertilisers are required to provide enough nutrition for a growing crop. This is the same with forages – the more you process, the less the nutritional value.

As you’ll find in most studies that chopping forages at harvest provides benefits for better ensiling because the shorter the chop length, the less air infiltration into the bale or silage stack. While a longer chop length increases effective fiber in the diet, the longer cut will not pack as well as a finer chop, allowing more air spaces in between forage particles in the storage facility. A longer cut will provide more physical fiber than a shorter cut. In all cases, a shorter cut will reduce the effectiveness of the fiber.

The most important point is that once the forage

has been harvested and stored, any further chopping of the

WHAT’S EVEN WORSE is that any further processing at feedout destroys the most valuable part of the bale – the highly nutritional leaf. Heard the catch cry from many nutritional consultants – ‘Leaf Retention’? The higher the quality or more nutrition we retain, the more animal performance we’ll get in terms of weight gain or milk production.

Caution needs to be taken when using bale processors to feed bales to cattle, yes they can blow out any mould in the hay however as the old saying goes – Bale processors can make crappy feed better but more often than not, they are great at making excellent feed – worse. When you combine this with the fact that cattle will selectively eat the good feed and leave any mouldy hay behind (albeit unless they’re starving), then there’s very little point in grinding any hay to dust! And as one customer puts it – “WOW – now I see ‘feed-value dust clouds’ with the traditional bale processor!

How much is this leaf retention worth? 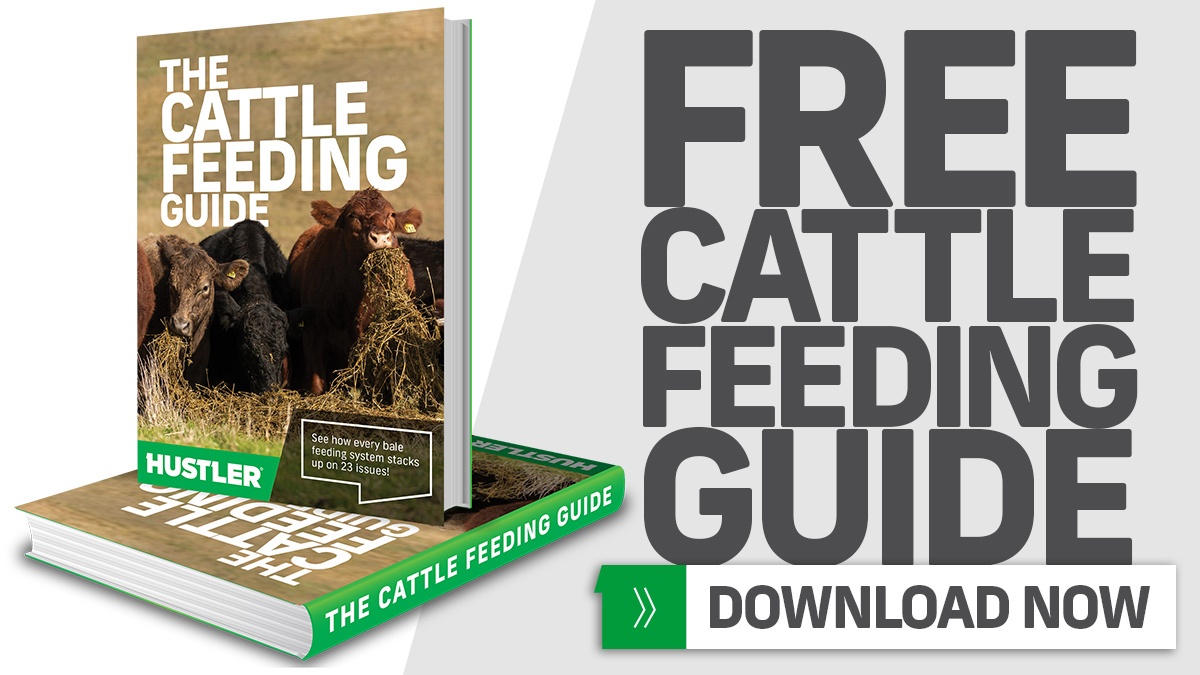 The good news is…

A solution exists, it’s Hustler’s Chainless X5000 bale feeder, that seperates the mould from the hay, without destroying the nutritional leaf.

Have you ever measured the nutritional value in the big green cloud that was blowing behind the bale processor… have your ever taken samples of that to quantify it?  Well it’s kind of difficult to do that, however we do have some facts from the experts in this field, Ranchers who’ve experienced first hand how the Hustler bale feeder with its gentle unrolling of the hay, teasing it apart without loosing the nutrition from the leaf.

“When I purchased a traditional bale processor within 3 weeks of using it, my cattle started consuming as much mineral supplement in one week, as they were in a whole month before! All I can say is, this was because the processor was knocking most of the nutritious leaf off the hay, just leaving the stalks for the cattle to eat. This is where the low-disturbance Hustler system saves an enormous amount of money and wasted hay”.

“Now the hay is not getting smashed up. The longer the hay, the more chewing the cow does and the more energy the cow gets. We put quite a bit of value on this, when its damn cold, it took a lot more hay with a bale processor to keep the cattle happy.”

Shown here, a round hay bale, freshly teased apart by a Hustler Feeder (notice the consistency of the hay is virtually identical to a windrow prior to baling).

Excessive mixing in a TMR can also reduce the nutritional value of the forages although most this is disguised by the other nutritional supplements that are added to balance the diet. The recommendation is to reduce the mixing time to the shortest possible, whilst long enough to achieve a consistent mix, this can be aided with Hustler’s all new SL360X feeder to unroll bales directly into the TMR eliminating the need to grind up each bale. This will also save a substantial amount of fuel, and allows the removal of the knives in the TMR to aid mixing without chopping. Another option popular amongst Ranchers feeding stacked maize silage or long and short chopped grass silage is the Comby feeder range designed to feed all types of bulk stack silage without grinding or chopping.